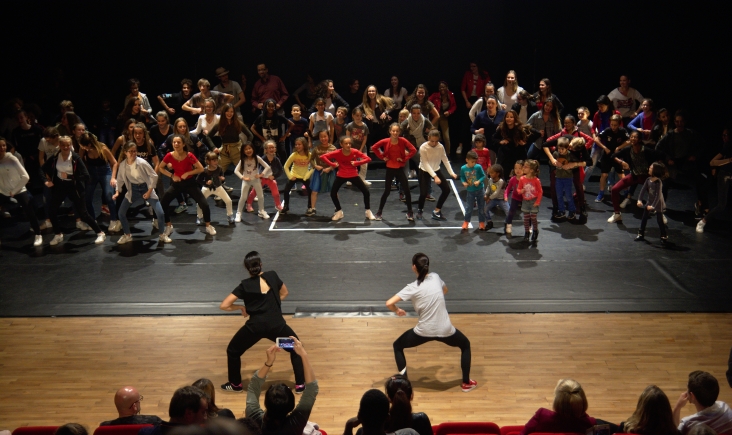 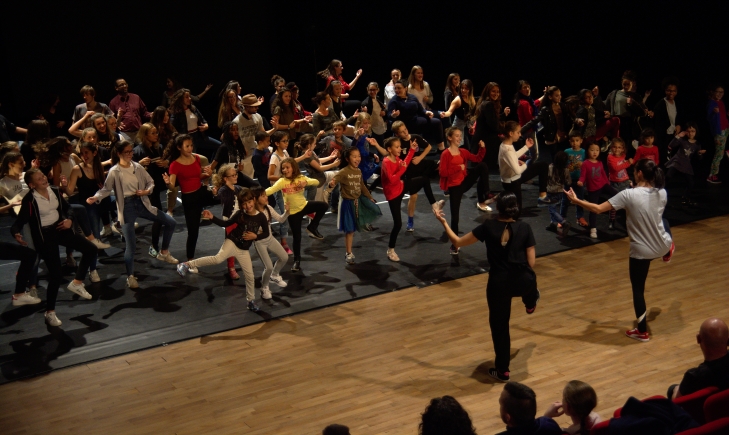 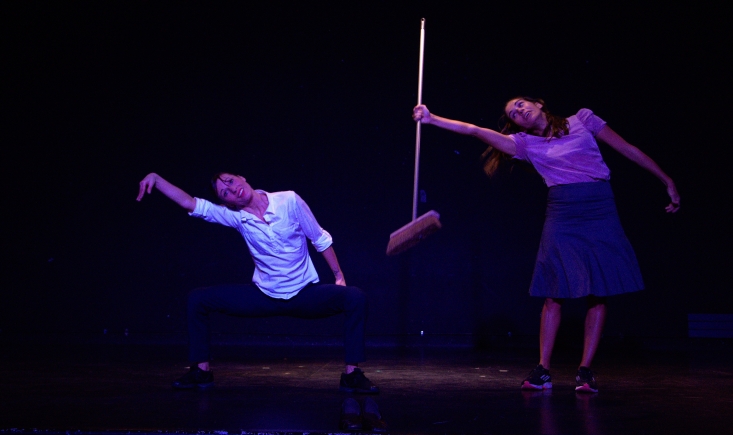 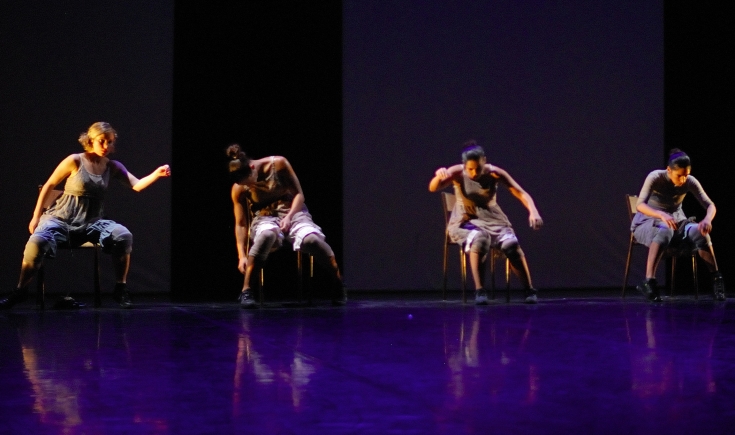 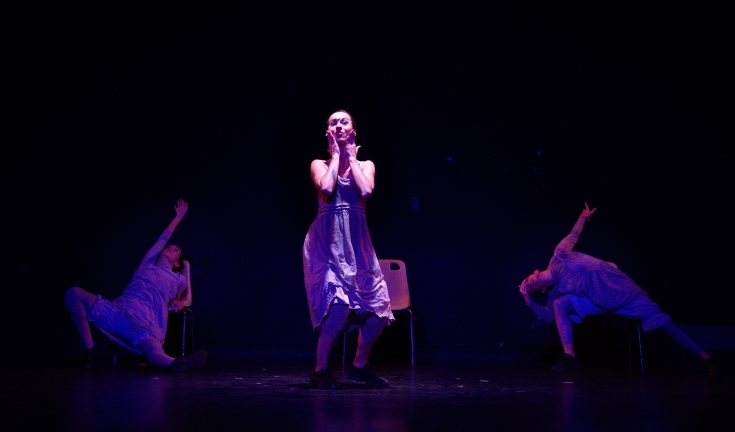 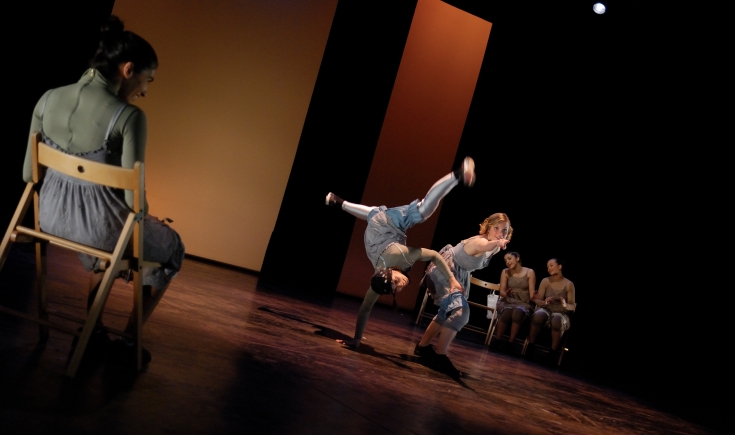 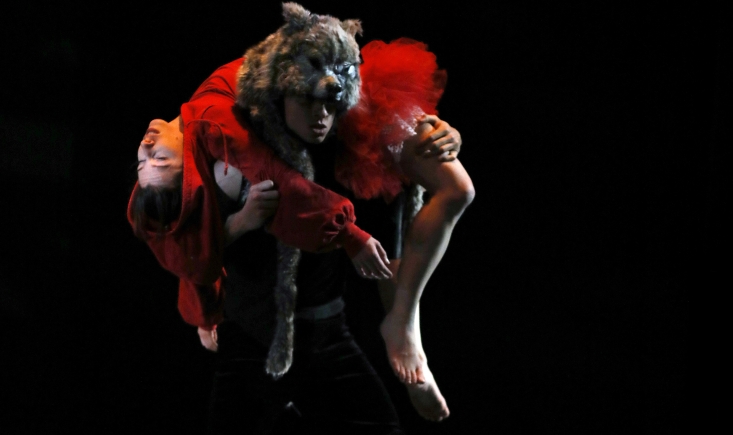 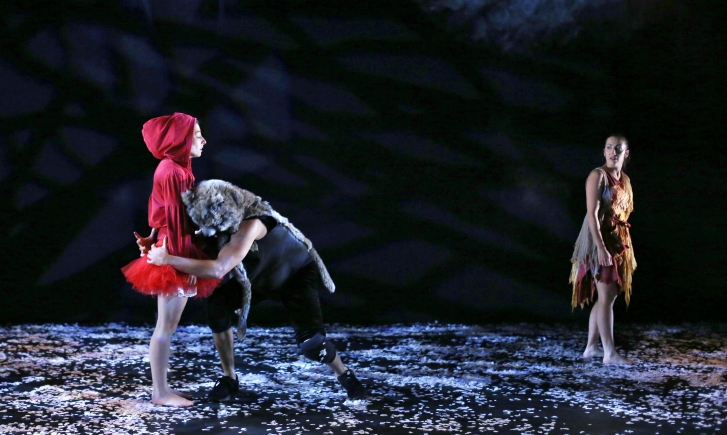 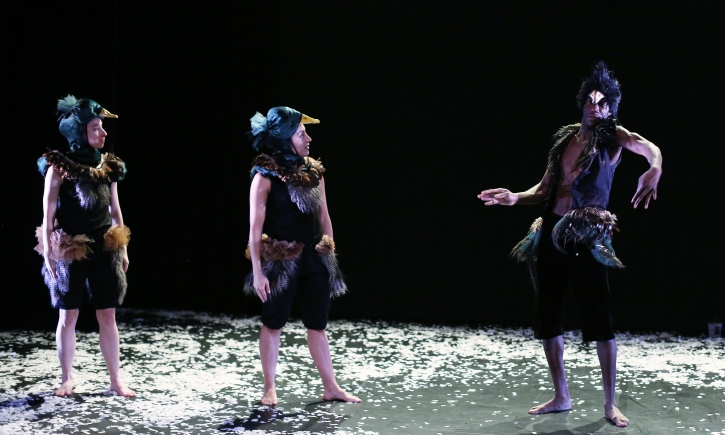 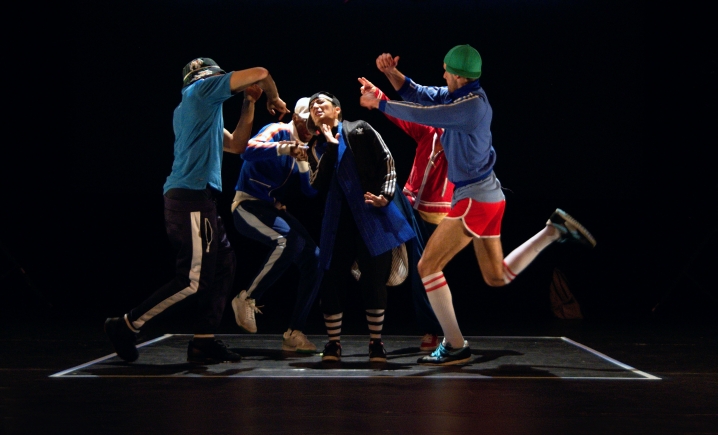 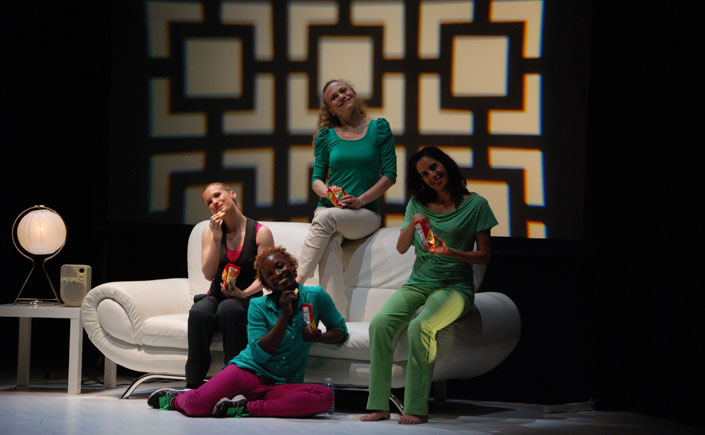 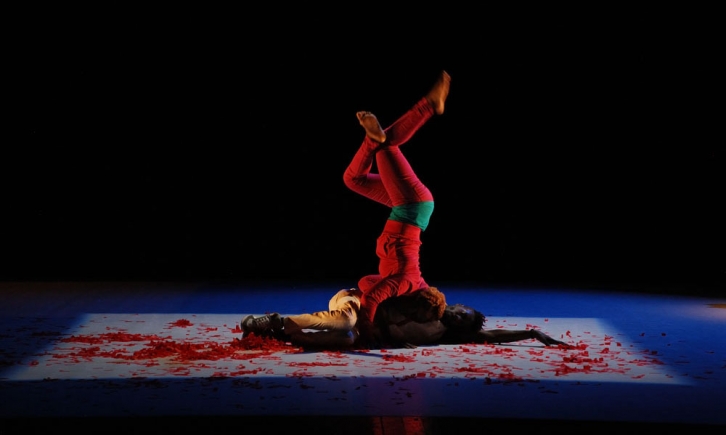 The 6th dimension dance company wants to make the spectator travel in a world where space and time take on a new meaning, a new dimension.

Severine BIDAUD, known as Lady Severine, co-founded the 6th DIMENSION company with her sister Jane-Carole, in 1998. It was first based in Evry (Ile de France), and then in Veulettes-sur-Mer (Seine-maritime). She has become the main choreographer from 2002. Thus, she has written and directed several projects, involving mainly women. Her shows aim to touch the imagination and the sensitivity of the audience and will be performed in many Hip-hop festivals.

With the years, the choreographer Séverine Bidaud developed and sharpened her sensitivity. Her collaborations with Montavo-Hervieu, Black Blanc Beur, Marion Levy or Laura Scozzi, as an interpreter, moreover her meetings with other foreign choreographers, such as Robyn Orlin and Kaori will influence her esthetics

Over the years, the choreographer Séverine Bidaud has developed and sharpened her sensitivity. Her collaborations with Montavo-Hervieu, Black Blanc Beur, Marion Levy or Laura Scozzi, as a performer, as well as her meetings with other foreign choreographers, such as Robyn Orlin and Kaori Ito will influence her aesthetic.

Today, her writing is approaching an approach borrowed from contemporary dance technique. In her different creations, the choreographer uses the Hip-Hop like a real body language, a powerful vector that allows dancers with multiple sensations to communicate their emotions and feelings to the spectator.

With “I feel good”, which is a choreographic piece for six hip-hop dancers created in 2010, she has written what she considers to be her “first choreographic piece”. Moreover, this piece was rewarded by the Beaumarchais Prize SACD 2010 (around 90 performances in France, Switzerland, Canada, Cyprus…). The choreographer crosses the various aesthetics of the street-dance and popular dances of the 20-30’s, on various musics of Charleston, musette to deal with a subject rarely explored by dancers of the genre: old age.

From the beginning, the company has been offering various cultural activities around its creations. Among them, intergenerational balls, that offer a unique moment of sharing and exchange to the public of all ages. Also, Severine and Jane-Carole Bidaud imagine numerous workshops, curtain-raisers, public rehearsals, etc… that they adapt to each place that accommodates them.

The aim is to generate encounters and new artistic experiences; which is what symbolizes humanism and generosity of the 6th Dimension Company.

And so that “dance” still rhymes with “performance”, the compagny offers some demonstrations and shows for young and old on request. During these different events, the key word is to create enjoyment for the spectator.

The 6th Dimension Company receives the support from the Normandy Region and operating aid from the city of Rouen. The ODIA Normandy provides financial support on certain dates and various aids to creation. The company also receives the “Service Civique” accreditation for the commitment of young volunteers.

Foreword from the choreographer:

“I want to share my humanist and optimistic vision of our contemporary society, by using original hip-hop gestures, mixed and inspired by daily life.

For several years, I have surrounded myself with artists with very distinct universes, who complement each other (each one is a specialist of a street-dance technique) and whose practices are intertwined in each choreographic part.

In this way, I have gradually built my choreographic style: starting from contrasting sensations, I create a language made of daily gesture, codified movements that belong to hip-hop dance. This latter is related to a natural dance, where I draw from each dancer an energy, momentum, a singular personality. My job consists in highlighting the singularity of each performer.

In order to nourish my projects, I go to meet people, the audience, at home, but not only. Collecting testimonies, narrated experiences, cooking and shared movements, it is what symbolizes my approach.”